I’m going to apply this theme to the books I published and I’ll be keeping it short. It’s been a very hard week. My MIL (80) cracked a vertebrae falling from a ladder she had no business to be on, and my husband crashed his bicycle, ripped open his leg from the knee to the ankle, bumped and bruised his shoulder, and ruined his helmet (which he thankfully wore, it most likely saved his head). Also I’m a tad busy with some client work, two anthologies in German for charity, and my own publications. So without further ado, here are my favorite covers in the order from loved to most loved.

I adore the covers Corona (no, not the virus) Zschusschen did for my fairy tale retelling series. However, they probably don’t speak to the people who love fairy tale reltellings, so I’ll most likely revamp the whole series some time next year. What do you think? Are they awesome? 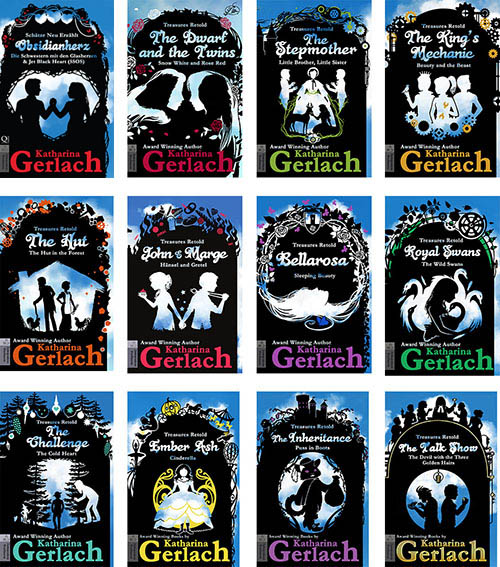 I still love the covers for my “High School Dragon” trilogy even though a group of professional designers ripped them apart (they said they looked like cheap clip-art put together). I love the simplicity and the contrast between the flaming heart and the dragon silhouettes. “Thankfully tastes differ”, said the monkey and ate the soap. What do you think about these covers? 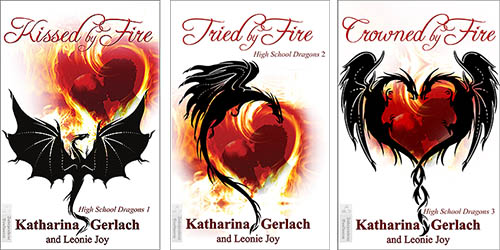 Truth be told, there isn’t a single book where I don’t love the cover, but without a doubt the most beautiful are the audiobook covers for Will Hahn’s “Shard of Light” series (and the narration by the author is superb, even though he’s redoing volume one, the perfectionist :D). 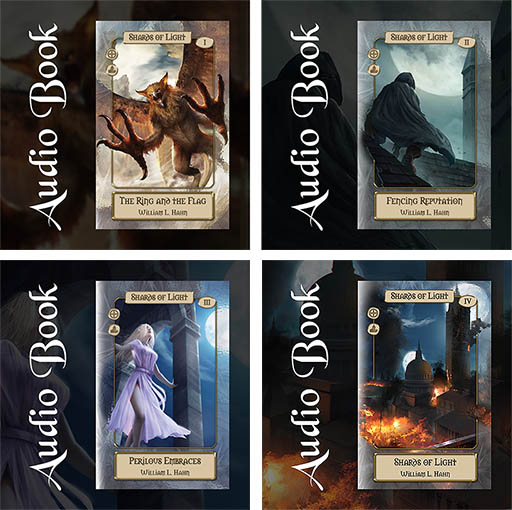 And now to this month’s publication (where I also love the cover!). It’s another short story collection. The first book of this series came out in March, that’s how long it took me to get this baby ready. But I promise that for the next two or three months you’ll get more of my short stories. Enjoy! 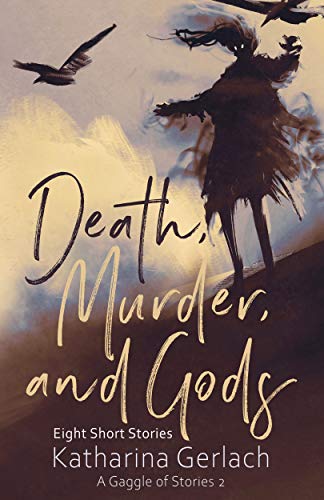 An unhappy Death, murder in the name of an ancient god, and a bridge where dogs die. The world has room for all, but not unchecked.

Even though each world has a dark side, there will always be those who will give their lives to keep innocents out of harm’s way.
Quantum physics opens doors that would better have stayed closed, putting more than one soul in peril.
An Ancient god longs for tranquility when his new acolyte goes too far.
One of the many Deaths is grumbling. He’s in love with life and hates his job. But then he gets accidentally pulled into the soul collector.
A security guard calls Death to ask for a favor when his sins catch up with him. Now the life of his niece and sister are part of the gamble.
A conflicted officer of the magical police must catch a murderer stealing hearts – literally.
A handicapped fairy police officer is sent to investigate an emergency call at Overtoun Bridge, annoyed that she’s got a new partner, a dwarf.
When a child summons The Lady of Slaughter, the goddess must face her biggest enemy: herself.
A young guard is dreaming of other worlds when unwanted visitors show up at the entrance to the forgotten temple.

In these eight short stories, Katharina shows creatures that only partially qualify as people. Writers of the Future judge Dave Farland told Katharina, “Your writing is excellent and you pulled me in from the start.”

To get to know slightly inhuman creatures, buy the book now.