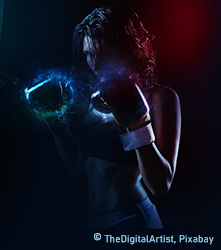 Information about my current WIP:
The first volume of my new series “The Paladins” only grows slowly. Since my grandson is at home for the whole day now, my writing time is less than half of what it was (from 5:30am to 7:15 or 7:30am instead of 8:00 to 12am). But it’s so much fun to have the two main characters interact since the healer is a slightly naive do-gooder and less than pleased with Death. 😀