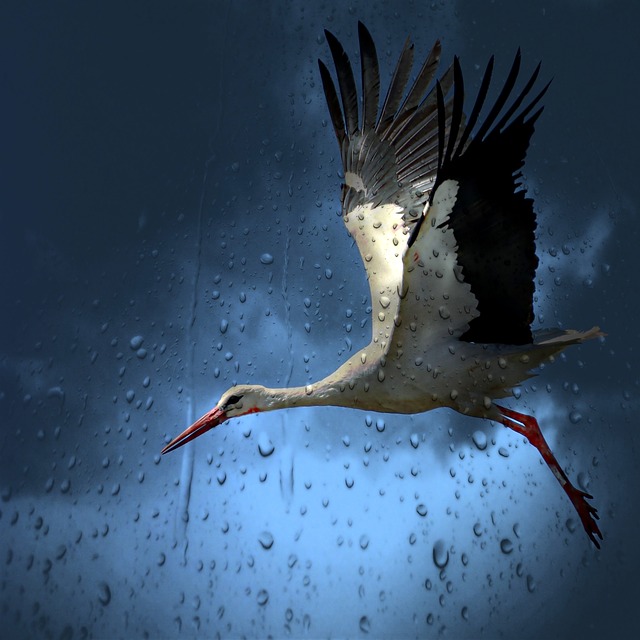 “I like living here with you alone.” My daughter set aside another darned sock. “Not to forget that the inquisition will never find us here.”

I smiled at her to show her how much I love her, but in secret I longed for something more important to do than making a living. I sighed and went back to my spinning. The regular rhythm and Melinda’s breathing relaxed me and the internal unrest subsided until the peace of our evening routine was disturbed, when something heavy thunked against the window of our little cottage. Since it was dark outside we couldn’t exactly see what it was. My fingers stopped turning the spindle, and we both held our breath, fearing the same. But there was no screaming, no pitchforks, and most of all no fire. Slightly relieved but still wary, I called. “Who’s there?”

“Sh-sh-l ivri” The voice sounded muffled, as if it held something in its mouth and was trying to talk around it. Melinda looked at me, and I looked at Melinda.

“I know someone who talks that way,” I whispered. “But this is a different voice.”

Whoever was outside the window bumped against the delicate pane that kept out the winds. If it broke, winter would send its icy fingers into our home, so I got to the door and opened. But not without stopping at the hearth and picking up the biggest knife we owned. I dropped it the minute the door swung open and revealed a roughly human sized dragon with red scales and a bundle of cloth hanging from its maw. When he saw Melinda standing behind me, he took the bundle out of his mouth and moved his jaw from side to side to loosen the muscles.

“I don’t understand why the boss insists on carrying it in my mouth,” he said and handed the bundle to her. “Special delivery for you. New Stork Inc. sends their congratulations. You’ll find a welcome bonus packed right in.”

“It’s a boy,” the dragon said needlessly. “Plus a few nappies.”

Melissa’s face mirrored the shock that kept me rooted to the spot. I had to clear my throat several times before I managed to speak. “Why’s Stork sending us a baby? We never ordered one.”

“New policy.” The dragon smiled, displaying more teeth that I was currently happy with. I swallowed, and he smiled some more. “We’ve got a few remnants that need old-style distribution. Your daughter was one of the candidates the boss chose.”

“Remnants? Come in and explain.” I stepped aside. I’d been one of Stork’s helpers for as long as I remembered, learning the midwife’s trade from my mother and passing on my knowledge to Melinda. However, since the inquisition started burning midwifes as witches, we’d gone into hiding. So far successful.

The dragon curled up in front of the hearth, enjoying the warmth of the fire. He puffed a few happy smoke curls before he got to the point. “Stork lost a lot of his delivery crew when the inquisition decided stork deliveries were not real and anyone believing in it was superstitious and needed to be punished. People actually started shooting storks then, I guess because they’re hungry.” He stared into the flames for a while, and I took up my spindle again. He sighed contently. “Well, as I said, Stork lost a lot of his crew that way, so he decided to go direct with a delivery system designed to work without stork transportation. I helped him set up the system. It took quite a lot of magic to get it working properly, believe me.”

“Well, the seeds get harvested when they’re still in single cell state, and a magical tube shoots them directly into the mother’s belly. It’s a marvel. It really is.” He preened his claws and looked smug. “And I was a major part in developing that system if I may point that out.”

How could Stork send babies straight to the mothers? Into their bellies if I hadn’t misheard. My eyes widened when I realized what that meant. “If he sends the parcel into the mother, it must come back out at some point, right?”

“Yup, and that’s why he’s inviting you to an advanced training in what he calls ‘birth’. That’s short for ‘binary inter-rump transfer holistics’, the name of the new technique. The participants of this course will have to spread the word.”

Suddenly I saw my life stretching out in front of me – always traveling, helping women through ‘birth’ and teaching Stork’s new deliver method throughout the country as best I could while evading inquisition. Ever so often I’d visit Melinda who had to stay behind to take care of her son. Suddenly, Life was exciting again.

Here are the links to the other participants of the Bloghop:
Pocket Heart by Juneta Key
Oh Baby! by J. Q. Rose
Reflected by Elizabeth McCleary
Veronica by Jessica Kruppa
Last Stop by Erica Damon
Jesse and Tyler by Bill Bush
The Poisoner of Time by Karen Lynn