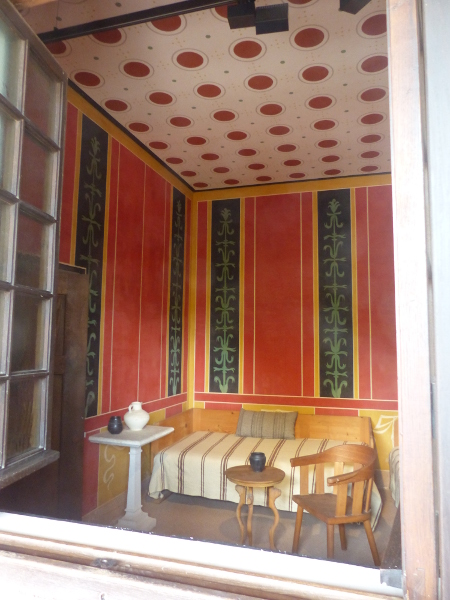 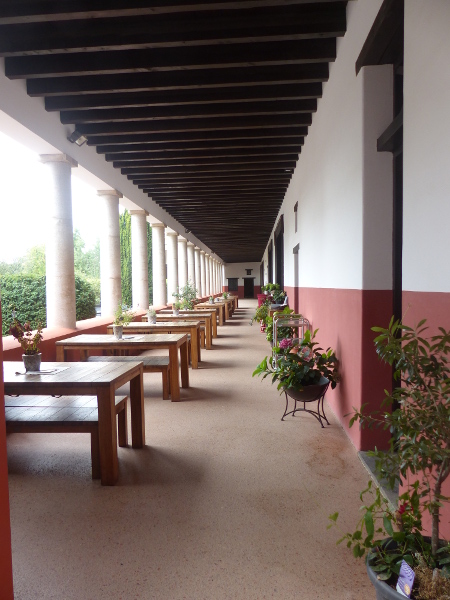 As I said last time, Romans liked colors. They painted the walls of their homes with different shades of red, white and green, often mixed with mosaics, patterns, or detailed murals. Often, the outsides of the houses were painted too. In the recreated houses in Xanthen, the color of choice was a dark-ish red. In these two photos you can see a restored restaurant, but the color was the same as on the private homes. I cannot tell you if the archeologists got that from research in Roman documents, from finds on other sites (like Pompeij) or from finds on this site, but it surely looked nice. 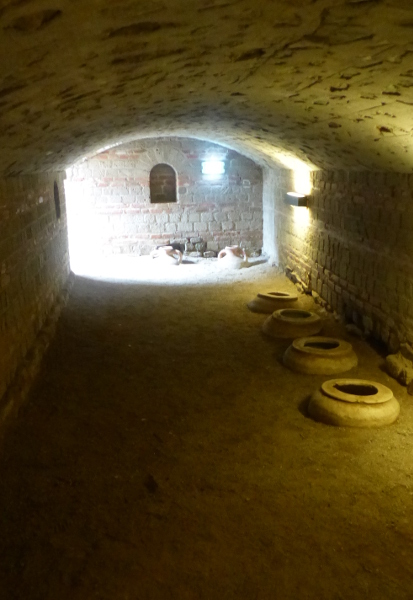 The restored restaurant even had a cellar, a feature many of the houses didn’t have. But the restaurant had to keep wine and vegetables cooled. Storing them underground was the best way to keep them because even in summer, the soil remained fresh and cold in a cellar. The thick walls and the buried amphorae ensured this. Food was fetched as needed. 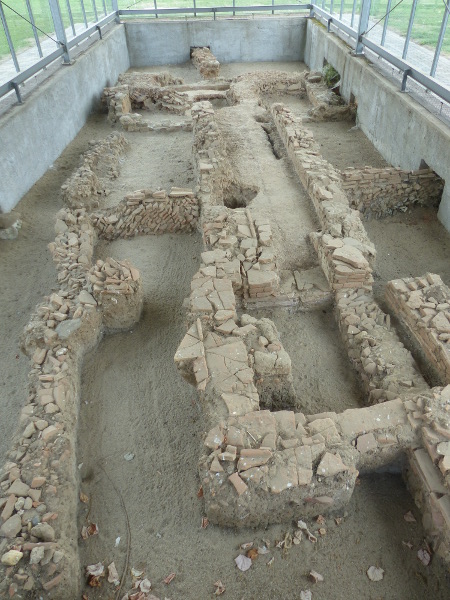 I can’t tell how many houses shared this feature but would expect that at least the upper class had their own cellars if for wine only.

Not far from the restored restaurant were the remains of a smithy. You can see how sturdily the foundations were built. Some bricks were built in vertically to better spread out the weight of walls, floors, and furniture resting on top of them. This photo is quite interesting because by the size and form of the foundations one can determine where the walls used to be, and also where the furnace and the anvil must have stood.The open areas between the foundations were there to allow the hot air from the floor heating to circulate.