Truly spectacular was the reconstructed housing complex. The new houses were built over the foundations of the original Roman houses but with a security layer so the originals wouldn’t get harmed in any way. The whole complex was surrounded by roof covered sidewalks. The ground of the sidewalks differed from one property to the next since every home owner had their preference. They were allowed to use different sorts of paving or stamped earth.

Visiting the houses brought to life the way humans have lived so long ago. Each house had a little garden with a shed or another small building on it. The outhouses usually contained the toilet and rooms for the slaves, equipment, and provisions. In the main house the family rooms were on the first floor. The ground floor consisted mostly in a shop that was open to the paved road outside. Only a wooden counter separated the shop from the sidewalk. 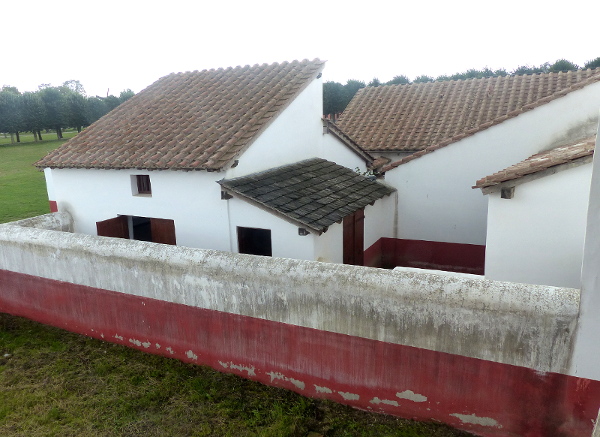 The houses were built of tamped loam and decorated prettily with bright colors. The roofs were mostly tiled, only a few of the sheds were shingled. An interesting fact is that none of the houses had chimneys, even though every room had a small fire place, and the houses of the richer people had floor heating. The view from a rear window or balcony resembles those of a serial house today: long, narrow garden, walls (today it’s fences) between the properties, and grass (often with a few bushes) on the ground. 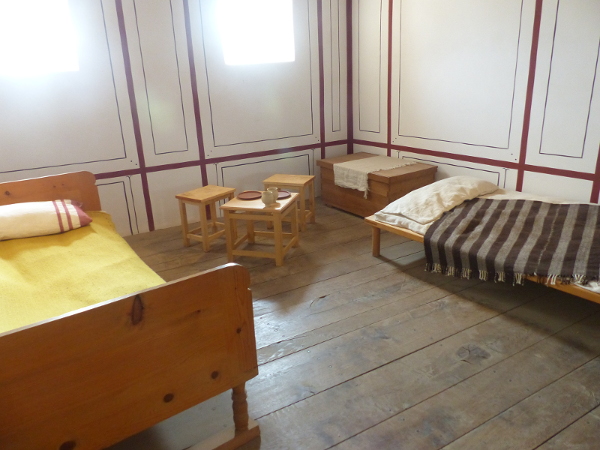 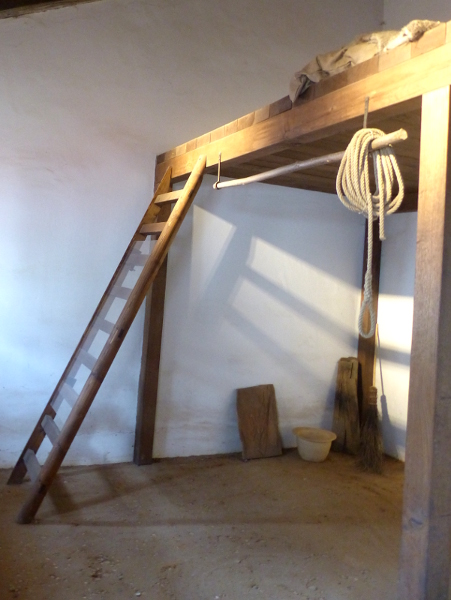 The rooms of the family on the first floor were beautifully decorated but sparsely furnished. Romans were very fond of bright colors and regular patterns. The room in the picture would have been the bedroom of a whole biological family (there was a crib in the other corner but it didn’t fit into the picture and I didn’t dare move it), most likely the home owner’s. The parents would sleep in the double bed, the children in the spare bed, and the baby in the crib. Servants slept on the same floor in rooms with less decoration. Everyone owned a trunk for their belongings.

Only the slaves did not stay in the houses over night. They had a separate platform above important equipment and/or provisions. All slaves slept on the platform in bedrolls.

I found it surprising how much comfort the Romans already had. Their lifestyle wasn’t all that different from ours. When one thinks of the Iron Age, one doesn’t expect this kind of lifestyle. The recreated houses impressed on me how much the Germans missed out on when Arminius defeated the Romans. True, they weren’t exactly easy masters, and freedom is important. However, the kind of civilization they would have brought might have changed my home country in a way that would still matter today.