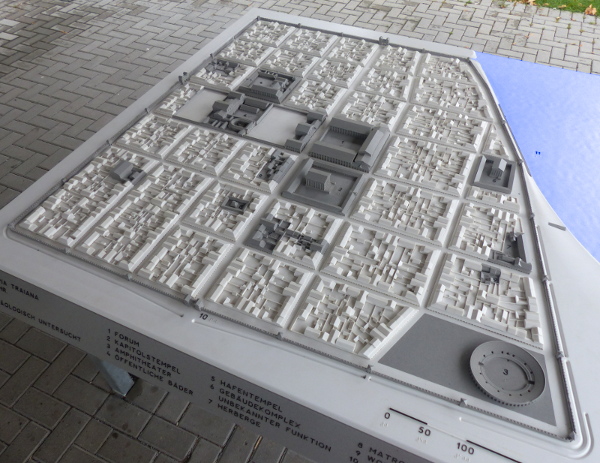 Already filled to the brim with interesting facts and marvelous sights, hubby and I traveled onward to Xanthen. The medieval part of that little town is fascinating. It even has two windmills, one directly in the town, the other a bit outside. However, the crowning jewel is the archeological park with the partly reconstructed Roman buildings. Right after entering, there’s a three-dimensional map that shows the reconstructed buildings in dark grey and the areas that still need to be examined in light grey. In the Photo, I colored the Rhine in blue so you can see how close it was to the city. These days. the bank is a lot wider since the river has moved in the last 1500 years. 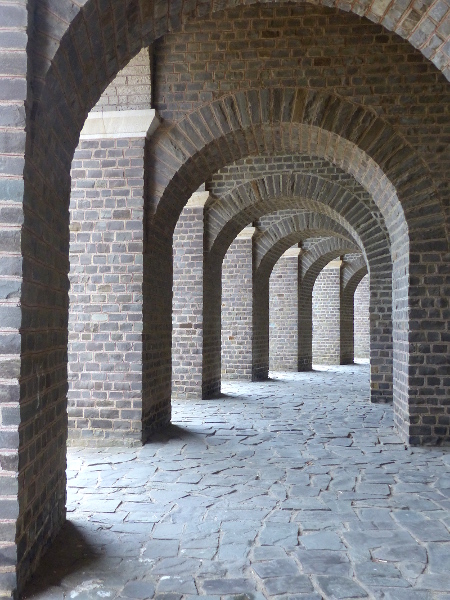 Xanthen was founded as a Colonia, which means it was a civilian city with a lot of privileges. It was designed by (or more likely the design was approved by) Emperor Traian. It was destroyed around 275 and abandoned. There also was a permanent military fort nearby, but that wasn’t the focus in the museum park.

Naturally the town had everything a Colonia had to have: a Colosseum, temples, bathhouses, houses for living, houses for governing, waste water disposal, fresh water pipelines and so on.

My husband and I were particularly fascinated by the partially reconstructed Colosseum. Look how symmetric the supports were. It was absolutely great to see that the original supports were still partially visible after more than 1500 years when most of the stones from the other buildings had been taken away and used for building the new town in the Middle Ages. 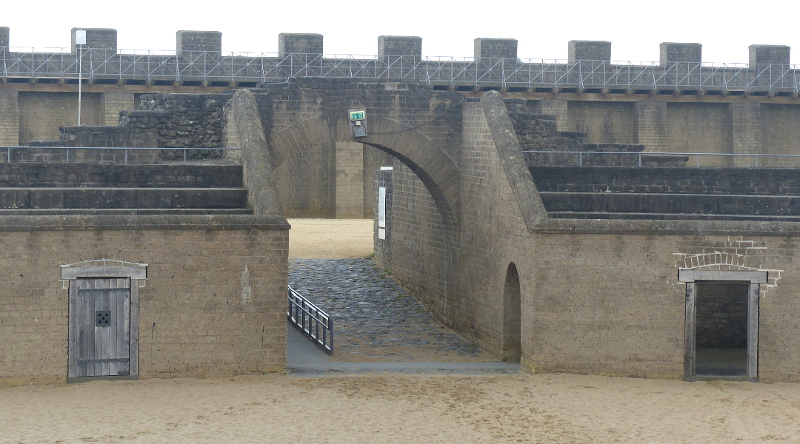 It wasn’t a particularly big Colosseum but there was room enough for all the people in town (roughly 1500 Romans). The sandy arena was big enough to watch wild boar and bear fights as well as Gladiator fights. It was not big enough for horse and cart races. 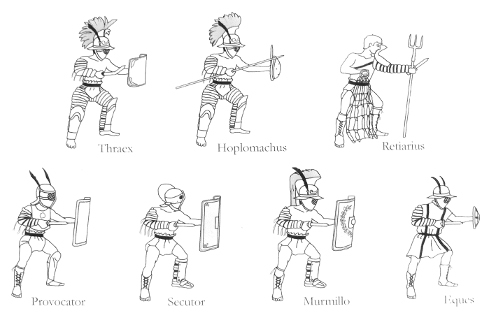 Although Gladiators were mostly slaves, they were often the center of a lot of admiration. Sometimes they were set free for being really good in the arena. There were strict rules as how the “game” had to be “played” with the armament dictated down to the last buckle. Also, there were rules as to who could fight whom (sorry about the quality of that photo. It was pretty dark where I took it and brightening it up dissolved the descriptions. But you can find more information about gladiators here). 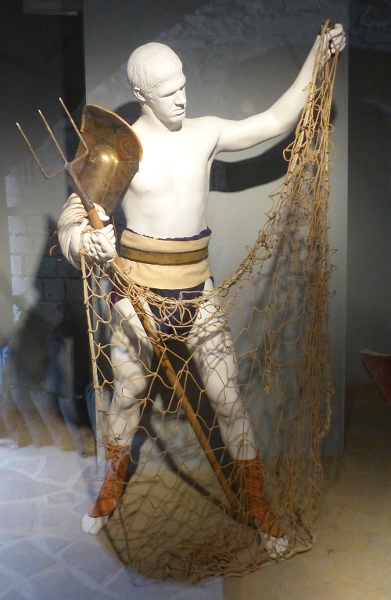 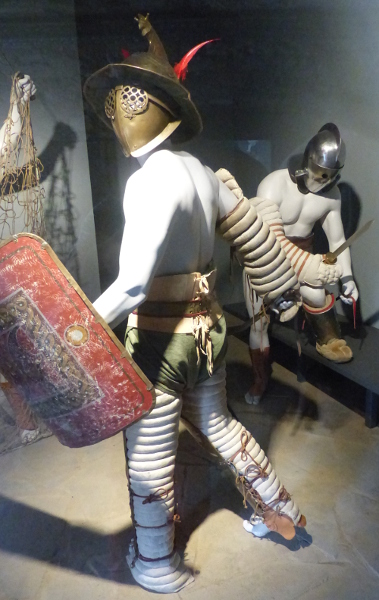 They also had several display dummies arming up as Gladiators. But I think they didn’t proportion them well. Gladiators must have had a lot of muscles because their equipment was pretty heavy AND they were training and fighting on sand (have you ever run on a beach? Then you’ll know how exhausting that is). The average fight lasted only a few minutes, said our guide.