This year, I will be attending the Leipzig Book Fair (Germany) where I will display my fairy tale series. The first book in the series already received the Qindie-award AND the B.R.A.G. medallion, both seals of quality for Indie authors.

The third book in the series, also honored with the Qindie-award, will be available as an eBook on March 12th, the day the Leipzig Book Fair opens (for those who are there, I’ll be in hall 5 at stall B302). The German print version is already available, the English print versions will follow soon. 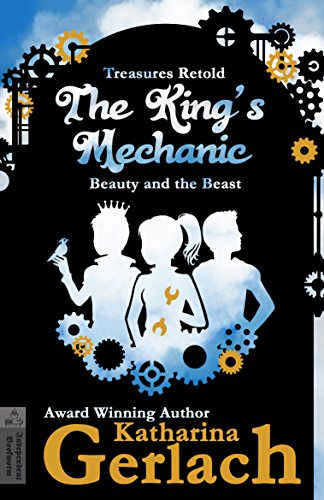 Once upon a time in a world where magic and technology collide with unexpected consequences…
After her father is caught in the act of stealing a jeweled rose, Luna and her brother face a penalty worse then execution unless she works as the king’s mechanic. With her brother’s safety in mind, Luna does her best to please the king, trying to ignore his best friend, who is very interested in bedding her. As if these troubles weren’t enough, the king crashes a machine she considered safe to use and nearly dies. Can she keep him alive long enough to avert danger to herself, her brother, and possibly the whole kingdom?
What if Charles Perrault’s Beauty can do more than soften the heart of a beast?
The book includes a bonus story and the original fairy tale.

Pre-order it on Amazon.com, Amazon.co.uk or any other amazon shop. Other retailers will follow asap.