My very own summer nightmare

In January, I booked a flight for my middle daughter (13) to the US where she wanted to spend time with close friends of mine. The booking went through, and I got an eMail asking me to also book an accompanying service for her at the price of $300 payable upon departure. I did. After all, I want my child to be safe. 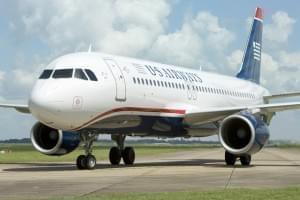 In July, I phoned the airline to ask if I could please accompany my daughter to the gate. However, they told my my daughter can’t travel at all because I didn’t book an accompanying service. I’d have to book a new flight plus the service and that’d cost me $1,700 for the flight and $300 for the service. Shocked and frustrated, I called my travel agency and they sorted things out for me (or so I thought). It turned out that the computer system American Airways is using is not compatible with the one US Airways are using, so no one told US Airwaiys that I booked the service. But also, no one told my travel agent or me. After a lot of shouting and insisting, American Airways booked my flight anew, directly through the US Airways system. They charged me $400 (which I thought was way better than close to $2K). So I paid, and they told me that with US Airways, kids under 15 but over 13 can travel unaccompanied so I wouldn’t have to pay the $300. Fine, I thought, all sorted out.

On August 10th I took my daughter to Schipol airport (some 5hrs drive from us) because that was the only place in the North where I could get a direct flight to her destination. I checked her in and asked again if I could walk with her to the gate since she was only 13 and travelling on her own. The clerk informed me that this wasn’t possible because I didn’t have a boarding pass. So when the time came that she had to leave or miss the plane, I hugged her with a heavy heart and let her walk off. She looked so terribly grown up…

Then, I went to search for my car (a feat in itself) and drove 1 1/2 hours to visit an uncle. We ate lunch and talked and had fun, which took my mind off my worries, until a phone call interrupted us. The friend who was taking care of my other daughter told me that the airline had refused to board my daughter and that she was still sitting in Schipol.

After a nervous breakdown, countless phone calls and hectic action, the airline finally admitted that the fault was theirs because no one had told me to go to a ticketing officer to get the REQUIRED!!! accompanying service and pay the fee. I was close to bursting with frustration at that point. Surprisingly, as soon as they found out how terribly misinformed and upset I was, they asked me to come back to Schipol. They checked us into a nice hotel, paid for all expenses, waived the service fee, and let my daughter board the plane on the next day. All I had to do was sign a form.

Naturally, this time I waited until the plane was in the air and the checking clerk confirmed that my daughter was aboard. She’s now with my friends and obviously very happy.

2 thoughts on “My very own summer nightmare”