Since the birth of my grandson, I’m having problems to keep my blog up to date. I know you don’t mind (much). However, it’s not only his fault. I couldn’t think of anything beside “buy my books” (naturally you may do that but I don’t want to be reduced to that). So I came up with two themes that have been on my mind recently and decided I’ll post about them.

First, there’s all this cool and weird stuff I do for research. I discover so many interesting facts that it’d be a shame not to share. I’ll start with the Romans, because hubby and I were lucky enough to be able to go on a journey through parts of Germany. During that trip we visited many historical sites with remains from the Romans (you see, immigration happened 2000 ago too). I’l try to post these regularly on Mondays from the beginning of October on (I need to build up a buffer).

Closer to the end of a week, maybe on Fridays, I’ll talk about my path toward a cure or at least a betterment of my Diabetes Type II. In a first step I’ll tell you what I’ve been doing the last three years since diagnosis and what helped. After that, I’ll post a fortnight worth of data collected from a healthy person (I couldn’t find those on the Internet, and hubby graciously agreed to be my guinea pig) and then, I’ll post my progress. Maybe that way I can help people with similar problems.

If there’s still time (or just in between), I’ll point out new releases like my Upper Middle Grade or Lower Young Adult book “Beasthunter”. It can be pre-ordered as an eBook already and will be delivered on October 21.st, the day the paperback will be available on Amazon too.

Here are the blurb and the cover: 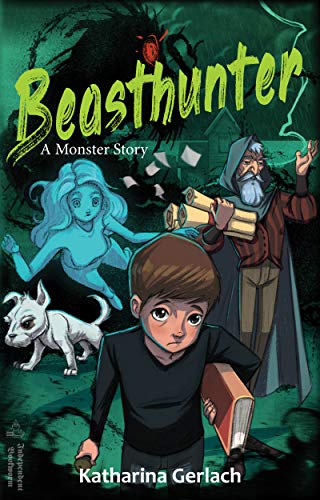 To turn his ghostly sister back into a human, twelve-year-old fraidy-cat Tom must fight the Beast, a century old demon stealing kid’s souls.

Tom is afraid of his own shadow. What if it turns into a monster and attacks? Luckily his older sister, Sally, protects him from everything that scares him: classmates, teachers, shadows…

One night during a heavy thunderstorm, a real monster attacks Tom in his very own bed. At the last moment, their new neighbor’s dog saves him from the Beast. But even the Beasthunter and his not so doggish dog can’t stop the creature from turning Sally into a ghost.

Will Tom find the courage to confront the Beast to find out if he can rescue his beloved sister? He has no effective weapons. All he can count on are his ability to see through the Beast’s disguises and the imagination that has given him scares for all his life.