Since I can’t afford to hire a top-of-the-art cover designer, I have to do my own covers. Since I was never quite happy with the results, but couldn’t say why, I took a course on how to create professional looking covers. It opened my eyes.

With only a few minor tweaks, my covers changed from good but not spectacular Indie covers to professional looking covers. Let’s take Scotland’s Guardians as an example. The artist I hired captured exactly what I wanted, and still the cover did not satisfy me.

Then, I tweaked it a little bit. The changes are barely noticeable if you don’t have the covers side by side. But the new version looks much more like I wanted it. 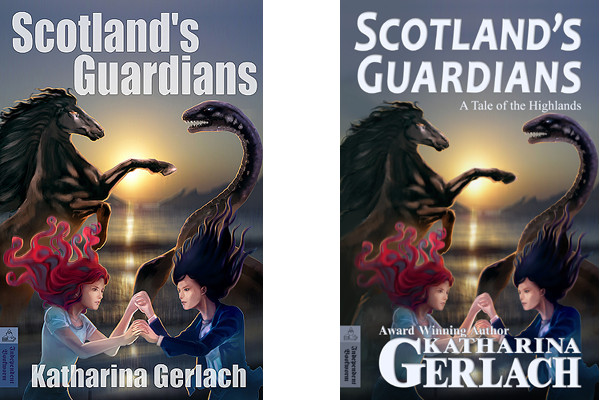 The best example of my learning curve (from when I started out 2 1/2 years ago) to now is Urchin King. The first cover is extremely busy and indicates historical novel rather than fantasy. Also, it has no color scheme whatsoever and not much to do with actions in the book. The second cover at least tries to show what the book is about (the royal twins). But it is clearly visible that the designer (me) was an amateur. Again, it didn’t even begin to hint at fantasy. 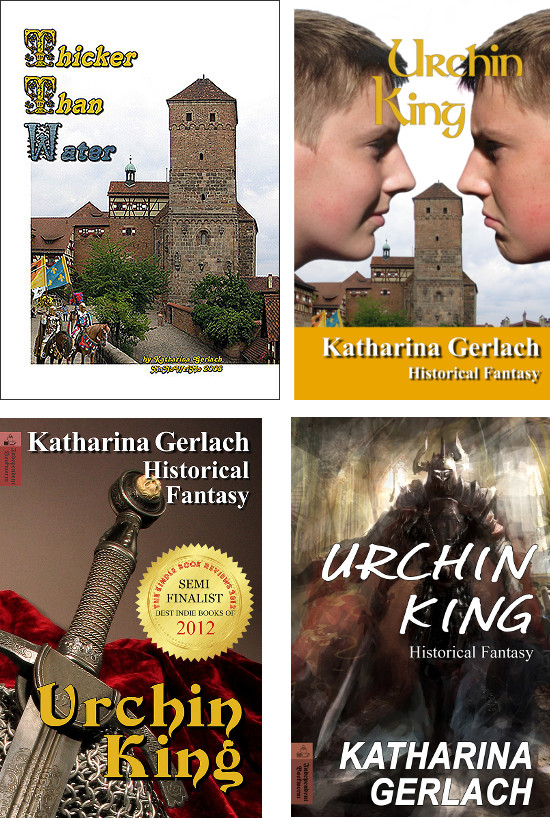 The third cover is a little better, although it still doesn’t hint at the fantasy genre. For the fourth cover, I finally found the right piece of art. But even with a fantasy feel to the picture, the cover still didn’t look like one by a traditional publisher. The fifth and final version does. 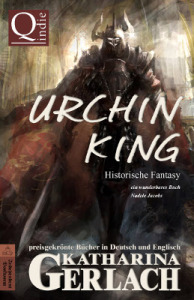 Let me know what you think. Can you deduct what I learned just by looking at the pictures?