Now, I haven’t posted in quite a while. You could say it was my daughter’s fault. I always push them to spend as much time outdoors as they can because it’s healthy and trains their imagination. But two of three are in puberty  at the moment, and they accuse me of forcing them to do something I’m not doing myself. They are right (partially).

I worked a lot this year (new novels and short stories, becoming an Independent Publisher, Webdesign, several publications, marketing plus a course and much more), which meant I spent a lot of time in front of my computer. Incidentally, it’s a desktop PC and cannot be carried outdoors.

The kids have been on holiday for the last two weeks, and I tried to make amends and be a good example for them. One week we went horse riding on a pony farm we have been visiting for the last few years. By now, the kids are capable enough to go riding on their own (with a mobile in their pocket and us walking somewhere close). The days flew past so fast, I barely noticed.

One questions remains: How can it be that my garden is still a mess despite the time I spent outdoors?

How about you? Do you have a garden? Do you like to roam around outdoors like my kids (if they’re not throwing a puberty-related tantrum)? Let me know and enjoy the golden autumn.

“Hangover” — have you ever listened to the lyrics?

When I drove to the shopping center yesterday, I head the song “Hangover” by Taio Cruz on the radio. For the first time, I really listened to the lyrics and was shocked. There’s a boy singing about getting drunk and linking it. He’s even asking for more. No wonder that so many kids think that binge drinking is OK.

Why doesn’t anyone ever make a song that’s just as addictive (the music alone is wonderful and memorable)  about the dangers of alcohol? Why not devote a song to FASD-children who are born with severe handicaps because their mothers drank alcohol during the pregnancy (and it doesn’t even have to be much alcohol since the drug goes through the placenta unhindered and kills the fetus’ cells — mostly brain cells)?

These are the steps of drinking alcohol. Believe me, it’s not much fun at a party to have someone around like this:

Remember that it’s your body and it will have to last for a hundred years (best case scenario). And, what’s worse, your alcohol drinking habits will affect your children directly (FASD) or indirectly (“following in your footsteps”-mentality).

Rant over (for now),

Wouldn’t the header for this post make a great title for a book? So, what happened?

On Tuesday, my day went haywire. First I went to a wonderful exhibition with my husband about a Roman/Germanic battlefield from 335 a.D. It was discovered a few years back and shocked the scientists since they had been sure that Romans had never been this far into Germany since Varus lost 3 legions in 9 a.D. The exhibition was great and we enjoyed it a lot.

Since it took us all morning and the lunch break too, to go there, look at it and return, we had given our middle daughter (12) a key so she could get in when she came back from school at 12am. Unfortunately, she left the key in the house when her friend came and requested her to help catch their sheep (4 of the herd had broken free from their compound).

We spend two hours waiting for the car service to come and open the door to my husband’s car (the key was in the house too) where we had a spare key to the front door. Of course, everybody was starving by then, so I had to cook and walk the dog (which had been in urgent need). Well, with shopping and a few telephone calls, the day was gone before I realized I hadn’t been on my PC at all. Strange feeling but not unwelcome.

Now, I’m back on track. The revision of my newest novel, “Juma’s Rain”, is nearly done and the first 50 pages are already translated. If all goes as planned, it will be available in the usual shops early next year.

Have you ever had a day like this? Tell me. I’m happy about every comment I get.

Podcast Interview with me – funny accent for free

Yesterday, I was interviewed by Voice Over artist Katie Adler. Before the show started I wondered, “How will we fill a whole hour? I’m not really that interesting.” Man, was I wrong. Time flew by, and I even surprised myself with some of the answers I gave. Truth be told, you only get a good interview if the interviewer knows how to ask good questions. I had a lot of fun and highly recommend her site. She has this kind of podcast every first Sunday in the month (mine was a week late due to technical problems).

You can find the short stories I wrote (two 500 word flash stories) on Katie’s site:

and while you’re there listen to the replay, or listen to it here: 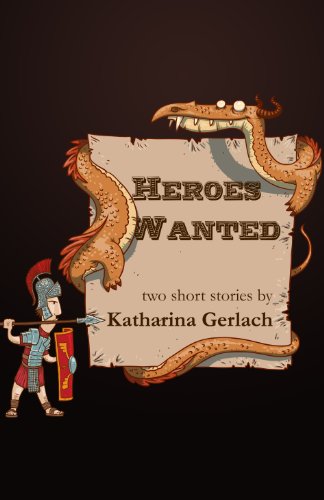 Have you ever been to the Baltic Sea? I went very often when I was a kid. My father’s side of the family lived a long time in the (then) GDR, and he had friends that we visited every year. There was a forced money exchange of 25 DM per day and grown-up (1 DM for one GRD-Mark), children were a little less expensive. So, staying there for a fortnight with 2 parents and 4 kids was just as expensive as flying abroad would have been. But I gained some of my most favorite memories there (despite possibly spying neighbors). Those memories sparked “The Witches of Greenwitch”, the novel you can get for free if you join my no-spam mailing list. This is what it looks like (except these days there are many more people around, bathing in the sun or the sea).

Beach at the Baltic Sea, photo taken by Ostsee-Action.de

I am officially leaving the day after tomorrow and will spend two whole weeks there with no Internet access (yay), no writing(boo), no husband (boo), my kids (yay), my brother (yay), his wife (yay), and his boys (yay again).

Unfortunately with the upcoming anthology, there was so much to do that I did not manage to schedule posts in advance. So you’ve got to live without me till the beginning of August. I promise to be back shortly after my birthday. I think I’ll post some pictures when I return.

I am going on a holiday to visit gardens and castles in Kent, England! It will be the first time since my marriage nearly 20 years ago that I’ll be travelling without my husband and kids. I’m scared stiff to say the least.

What if hubby doesn’t manage to handle the kids? After all, they’re both in puberty and very easily annoyed. What if they have to live on muesli and pancakes for the whole week? What if it keeps raining and our house is flooded? What if my dog stops eating because he misses me so much? What if… But probably not.

My mind knows exactly that everything will go well. It’s just this over-active imagination dumping horrors on me. I wonder how people who aren’t authors cope with these things. I can sit down and write a story where all the bad things happen increasing the catastrophes until the world explodes. After that, I can set aside my worries because my emotional side finally understands how unlikely these things are. But what do you do (no, not you, author. The one beside you)? Let me know, please. I’m curious.

Yesterday, I discovered a feature on my Goodreads profile that allows me to invite my Facebook and Twitter friends. I was reluctant to use it since it felt a little spammy to me. Then, I thought, “But they’re my friends already and if they don’t want to follow me on Goodreads, they don’t have to.” I clicked the button. This morning, I woke up nearly 100 new friends. My eyes nearly popped out of my head.

Thank you so much, friends!

Now, if some of you have actually read stories by me and liked them, please stay informed by joining my newsletter (you’ll get a full YA Fantasy novel by me plus two short stories by fellow authors as a reward). It’s guaranteed spam-free. I’ll only mail when I’ve got news for you (releases and special offers). Sign up now. Thanks.

Could you please vote for my booktrailer for “Scotland’s Guardians” on You Gotta Read (if you don’t like mine pick one of the others, but please have a look)?

This would help me so much.