My first ever Blog Tour…

…is for my novel Urchin King. It was the first Fantasy novel I Indie-published and although the reviews are extremely favorable, I’m not getting the results I had hoped for. However, I do not think it’s a quality issue (it was semifinalist for the KBR 2012 Best Indie Book award) but a visibility issue. Hopefully this will change with the tour.

There are going to be interviews, reviews, giveaways and other goodies. I’ll post a schedule as soon as I can with links to the sites involved.

If you’ve read the book (or plan to) could you tell your friends about it? I’d love to have as many participants as possible on the tour. Grab the graphic below and send them to my homepage.

or grab the code:

Thank you for your help. I will post more information as they come up hoping we’ll have a great time before Christmas.

The Advent Calendar is now available

Sign up for a countdown for Christmas. The first Advent-eMail-parcel will be delivered on the first of December for all who sign up in time (the others get their parcels later). In total, you will get 25 eMails with stories, Character studies, recipes and original music from six talented authors. And the best is, it’s absolutely free.

Check it out and join the fun!

From yesterday(25th of June) till Thursday (27th), my YA Science Fantasy “Paralan’s Children” is available for free on amazon. 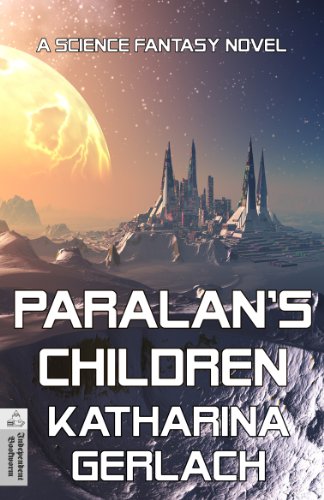 Grab your copy while you can.

It’s already rated 4-5 stars on Amazon.com and Amazon.de.
Get the English verison here
and the German version here.

Enjoy, and please leave a review,

World’s Day of the Book

On the World’s Day of the Book, more than one thousand German authors and book bloggers host give-aways for books. I am participating too. I have been planning that for quite a while but nearly forgot. Luckily, you guys overseas wake up much later than we do in Germany. 😉

Now, for my giveaway. I will give one copy of my YA Fantasy eBook “Amadi, the Phoenix, the Sphinx and the Djinn” to anyone who leaves a comment on this post AND who likes my Facebook fan page before midnight today. Amadi is a Trilogy of short adventure books set in a fairytale world resembling the Arabian Nights.

Alternatively, you can get an eBook of Scotland’s Guardians, Ann Angel’s Freedom or Victor’s Rage. Please tell me in your comment which eBook you’d like and which format you need.

I’m looking forward to your comments,

Here it is, the long awaited print edition of “Scotland’s Guardians“. I know there still are some readers who prefer the printed word to the digitalized ones. Unfortunately, createspace found a couple of bugs and as hard as I tried to make it, they won’t ship the books to Amazon for another 5-7 days. Argh. I’m so annoyed. Still, it is officially published and available on createspace and should be on Amazon in a few days too. Sorry for the delay. 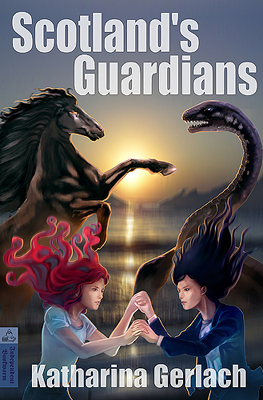 I got the idea to this story during one of my numerous visits in Scotland. Beside the unbelievably beautiful nature, this country has much to offer particularly one thing: the supernatural. Every region has its own mythical creature and every Scotsman knows at least one haunted house or monster of a loch. No matter if on the mountains, at the coast or in the valleys, there are as many stories about Brownies, Boobries and Kelpies as there are grains of sand by the sea. Fascinated, I decided to put at least some of these creatures into a novel but it only took form after a woman appeared in my mind whose eyes mirrored the Scottish moors and not the garden she looked at.

Cover Blurb
Since Bryanna grows up in Scotland, she is familiar with hobgoblins, selkies and kelpies from the tales of her mother country. But she is very surprised when she starts seeing these creatures one day. Is she hallucinating? Before she can ask her father’s advice, he is kidnapped by a woman whose scent seems awfully familiar. Instead of calling the police, Bryanna follows the kidnapper and lands smack-dab in the middle of the adventure of her life. It’s just as well she knows the old legends and myths well. The world she lands in is murderously dangerous. And even if she survives the journey, she is fated to kill her father.

Now, for the surprise
Of course it will only be good for those who want to own the eBook too. From midnight tomorrow the eBook version will be available on Amazon for free for FIVE DAYS. Tell all your friends. Everyone can download a copy. The more the merrier.

Diana Wynne Jones has always been my favorite author aside from Astrid Lindgren. When she passed away, we lost one of the most imaginative fantasy story tellers of our time. In her honor, fans of her dedicate this March to her. Those that are authors (like me), decide to give away an array of books. Since I mangled the Raffle from the Spring Equinox Giveaway (*blush*), I rolled the two into one. I hope you’re all going to participate.

For three days from now on, a plethora of authors discounted their books to less than $5 or are giving them away for free. In combination, readers can win an incredible bunch of eBooks or even printed books from participating authors. In addition to that, many authors are hosting additional giveaways. In that regard, welcome to my site.

If you Like my Facebook page and leave a comment on my site with your facebook name (so I can verify your like), you get the chance to win a printed copy or one of three eBooks of “Scotland’s Guardians”. Additional points are awarded for following me on Twitter or for tweeting this giveaway. Entries from all over the world are welcome. I will send the winning copy of the print book as soon as I get it (publishing date will be the 5th of April).

Pease enter through the rafflecopter-form:
a Rafflecopter giveaway

P.S.: OK, I botched it, so what? It was my first try at Rafflecopter and I didn’t realize there would be timezone-differences. To make it up for you, I extended the deadline. Sorry for the inconvenience.