I’m sorry for not posting more last week. I prepared everything, but then, I fell ill (including fever and heavy coughing). As long as the kids were out of the house, I slept. Now, I’m finally feeling well enough to show you the cover for my next release “Paralan’s Children”. 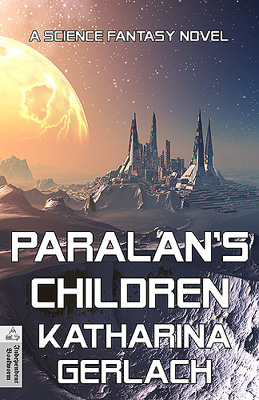 I like the way the picture captures the dramatic surface of the ice planet. I would have liked to add the main characters, but everything I tried looked artificial, so I left them out. The writing is easily visible at thumbnail size (very good for Amazon’s previews). You want to know what the story is about? Well, here you are: 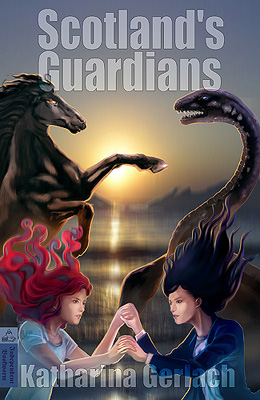 Since Bryanna grows up in Scotland, she is familiar with Hobgoblins, Selkies or Kelpies from the tales of her country. But she is very surprised when she begins to see these creatures one day. Is she suffering form hallucinations? Before she can ask her father’s advice, he gets kidnapped by a woman whose scent is strangely familiar to Bryanna. So, she follows the kidnapper instead of informing the police and lands smack dab in the middle of the biggest adventure of her life. It’s just as well she knows the old tales well enough. The world she lands in is murderously dangerous.

Scotland’s Guardians will be available at the end of the month as an eBook on Amazon. Other retailers will follow. A date for the print-version will be announced on time.