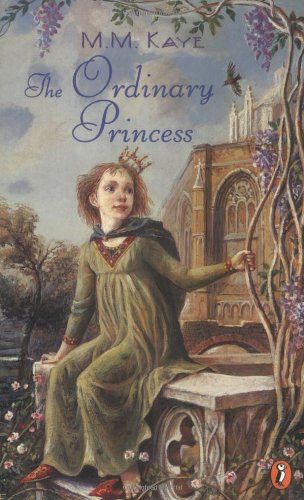 My absolute favorite author is Diana Wynne Jones who died in March 2011 unfortunately. She managed to create something new with every single one of her stories. Not like some big successes (HarryP cough, cough), where the same story repeats with slight variants. Every single one of Diana’s works is unique, the characters so alive they could jump right from the page into real life. Of course, it’s difficult to choose one from the big list (she wrote countless stories, here an overview). They are all great. The first story I ever read from her (I was 10 years old) was “Charmed Life“, the first volume in the Crestomanci series (all books can be read independently from each other). Till today, it’s still one of my most favorite stories. 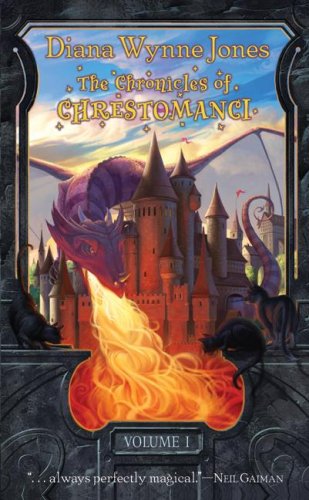 Cat doesn’t mind living in the shadow of his sister, Gwendolen, the most promising young witch ever seen on Coven Street. But trouble starts brewing the moment the two orphans are summoned to live in Chrestomanci Castle. Ancient and turreted, the castle is every bit as grand as Gwendolen had hoped. But there are disappointments. No butler opens the door to her, no lavish banquets are given in her honor. Instead, she and Cat have to do lessons in the schoolroom with Chrestomanci’s two children, and worse of all she is forbidden to practice magic except under supervision. Frustrated, Gwendolen conjures up a scheme that could throw whole worlds out of whack.

From the first page, I hated Gwen (I still do but not as strongly as back then – come on, it’s been more than 30 years). She is a beast, and her brother Cat always has to bear the blame for her tricks. When they arrive at Crestomanci’s, Gwen seems to be close to her goal, but she gets worse with anger because the big magician simply ignores her. Crestomanci is so disinterested, the reader considers him absentminded. As a child, I was sometimes very angry with him because he didn’t help Cat one little bit. But of course, there is a really good reason (as always with Diana Wynne Jones) for his actions. What a pity I can’t tell you. You’ll have to read the book yourself.

After I read this book (and others by DWJ), I knew I wanted to write Middle Grade and Young Adult books like this one day. Now, my dream is slowly coming true.

How about you? What’s your favorite book? Do you know Diana Wynne Jones (maybe from the cinema where one of her books was turned into a movie titled “Howl’s Moving Castle“)? Leave me a comment and I promise to answer.

I know, I have been neglecting this site somewhat lately. It wasn’t on purpose. With the kids on holiday, my schedule went haywire, and I decided to focus on getting me next books ready for publication. In the next months, you can expect at least 5 more eBooks to see the light of day, starting with a YA Fantasy set in Scotland, my favourite country in the world. But now, to the review.

After unknown strangers kill his parents, Nobody Owens, known as Bod, grows up in a cemetery, protected by ghosts and his guardian, a creature between life and death. They teach him as best they can, although some ideas they have are rather old-fashioned. Then, one day, Bod meets a strange girl-ghost near the wall of the end of the cemetery who wishes for a real tombstone. But when he leaves the cemetery, he alerts the old evil that’s still looking for him.

Imho, this is not Neil Gaiman at his best, but it is a pleasurable read for younger children. Neil’s strength lies with creating wonderful worlds with rich backgrounds and well thought out rules. His characters however sometimes fall a little flat, especially the villains. The Graveyard Book is absolutely wonderful up to the point where the villain shows up for the third time. After that, it became utterly predictable for me, and I thought that a pity. Sure, the average MG reader probably won’t notice (having read much less than I did) but considering it’s Neil Gaiman we’re talking about here, he could have done better.

That said, I loved the cemetery crew. There are some brilliant characters hidden away in there, so the book is worth a read. Maybe my disappointment was due to the fact that most of Gaiman’s other work is so much more than this was. Still, if I had to give stars (like on amazon), I would still give it 4 of 5 without hesitation. I hope you will enjoy it. 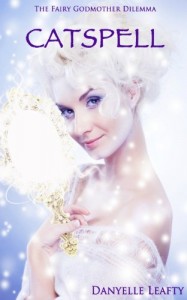