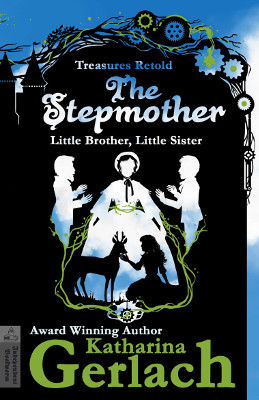 Even with her powers as a witch, Isabel cannot find a trace of her stepchildren. Desperate, she crosses the Old Forest, filled with as much malignant as benevolent magic, to reach the distant mountain kingdom she left as a young girl when her magical powers manifested. She soon realizes that a sinister creature holds the unsuspecting kingdom in thrall. It will take all she’s able to give to save her children and the kingdom she once loved.

What if the Brothers Grimm painted a wrong portrait of the stepmother in the original tale of “Little Brother, Little Sister”?

The book includes a bonus story and the original fairy tale.

For YA and Adult Fairy Tale Fans