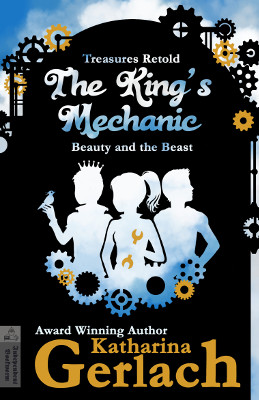 After her father is caught in the act of stealing a jeweled rose, Luna and her brother face a penalty worse then execution unless she works as the king’s mechanic. With her brother’s safety in mind, Luna does her best to please the king, trying to ignore his best friend, who is very interested in bedding her. As if these troubles weren’t enough, the king crashes a machine she considered safe to use and nearly dies. Can she keep him alive long enough to avert danger to herself, her brother, and possibly the whole kingdom?

What if Charles Perrault’s Beauty can do more than soften the heart of a beast?

The book includes a bonus story and the original fairy tale.
For YA and Adult Fairy Tale Fans