January 2023: Storytime Bloghop
(plus a tiny bit about the kickstarter)

I’m slowly getting back into the swing of things. The kickstarter is such a great motivation to get back to writing (it’s in its final throes … ehm week, and I think we might even get to the last stretch goal yet). Also, I settled into my new flat just fine. My story for the Storytime Bloghop is the first one I did using dictation, and although it needed some revising, it turned out better than I’d feared. And writing it went much faster than typing. I’ll try dictation on my novel next.

For now, I hope you’ll like this blog hop’s #free #story. Remember to visit the other participants too. And please leave comments for us. We love to hear from you. It cheers us up and means the world to us.

I went to fetch water like Mom had ordered me to. It was Saturday and the whole family wanted to take a bath. For that we’d need a lot of water. I already hated carrying the heavy buckets, and I hadn’t even reached the river yet.

The sun shone through the gaps in the forest’s canopy and sweat ran down my neck, despite the cold of the winter morning. When I neared the river, the trees ended and the sky spread blue and endless toward the distant mountains. It was the perfect day for an adventure but none was forthcoming, and Mom had made it pretty clear what she thought of the make-believe adventures I’d played yesterday.

A flight of dragons was flying overhead, returning to the mountains with two Aurochs, and there seemed to be another group further in the distance. Since they didn’t eat much it meant that they’d have their annual maturity-feast soon.

I envied them their strength. If I were a dragon, I could carry enough water for a whole week of baths in no time. Angry with Mom—punishment was one thing but why had she ordered me to do this without any help at all?—I kicked a new stone, the size of my dog. Where had this come from all by itself anyway?

“Ouch.” The stone turned a scaly snout toward me.

Holy cow. It was a dragon, not a stone. Judging by its mottled dark blue scales, it was a male youngling. Since I’d never seen a dragon this close, I just stood and stared.

“What did you do that for?”

I apologized and then asked him why he was here.

“Well,” he said, “I’m trying to find out how to start my fire. I’ve experimented with so many things already. I ate coals, drank my parents’ fire, I even participated in a weird ritual, but nothing helped. I still can’t breathe fire.”

He seemed friendly enough, so I sat down beside him and pondered his problem, although what could I, a mere human, do to help him? Still, I couldn’t just leave a baby dragon without helping him, could I? My mind wandered to the way Mum made fire when my little brother forgot to feed the embers again. Tentatively, I said, “What if your fire only starts with something that hasn’t got to do anything with fire at all?”

The dragon managed to look skeptical despite his scales. His breath condensed in the cold air, and he cocked his head as if questioning my sanity.

“I’m not kidding. Mom starts our fire with two stones. She hits them together, sparks fall onto the tinder, and set the wooden splinters on fire. Maybe you’re missing those stones. Have you tried eating some?” An idea crossed my mind. “Of course they would need to be the right kind of stones. If you help me carry home enough water for my family’s bath, I’ll give you one of our sets.”

“Deal.” He went to the river and began sucking up nearly as much water as I used to fill my buckets. I was quite glad that dragons had an interim stomach for transporting liquids. Imagine having to bathe in the half digested foodstuff in his real stomach. I shuddered involuntarily.

Side-by-side we walked to my village, a circle of wooden houses surrounded by a wooden palisade. Since most people stayed inside on a chilly day like this, no one noticed us slipping past the houses. Not that my people feared dragons, but none had ever visited the village before, and I worried they might politely ask him to leave. After all, an accidental hiccup would set the whole village ablaze, and they didn’t know my friend couldn’t do that yet. So I made doubly sure no one saw him.

Our bathhouse was attached to the side of the house and had a separate entrance. Mom had insisted on it to keep the water’s vapor out of the main house. She’d set up the the tub already, lined it with a white cloth, set the soap on the only stool in the room, and started a fire in the open hearth. The cauldron sat beside it, ready to heat the water I brought.

I hung it over the fire and emptied my buckets into it. It looked like I hadn’t fetched any water at all. This would take a while, even with the dragon’s help. I sighed.

The dragon peaked over the rim, opened his mouth, and emptied his interim stomach. But what was that? The water flowed from his mouth, and it flowed and flowed and flowed. He filled the whole cauldron with water. And my buckets as well. When he still couldn’t stop, he vomited water into the bathtub until he finally managed to close his lips. The stream of water stopped, and he stared at me with wide eyes.

I stared at him with wide eyes too. Could it be? It wasn’t impossible just highly unlikely. I mean when was the last time a dragon had been like him? Still, I voiced my thought. “You’re a water dragon.”

“There hasn’t been a water dragon in centuries.” His voice trembled, and he shivered.

Remembering my grandmother’s adventurous tales of the Mighty Waterdragon, I said. “You’ll get used to being special.” My grin went from ear to ear, I could feel it. “Would you let me join your adventures? Anything will be better than carrying water for a bath.”

“Well, that’ll be quite the surprise for my tribe.” The dragon visibly braced himself. “By the way, my name is Dracobert. If you want to be my partner in adventure, you’d better come to my maturity feast.”

I laughed. The bath would come in handy after all.

Visit the others:
Cataclysmic Disaster by Bill Bush
Fiddle of Gold by Barbara Lund Author
The Origin of a Reluctant Supervillain by Vanessa Wells
Help Wanted by Juneta Key
Fishing Expedition by Laurie Hicks
The Deed by Chris Makowski

My Kickstarter Funded in 1 1/2 Days

I’m beyond thrilled. After only 32hrs, my kickstarter funded and now it’s already close to 1000€. Thank you so much for your support whether you pledged or shared the campaign. It’s all a great help.

When I read about the success Brandon Sanderson had with his million Dollar Kickstarter, I was skeptical of running my own. After all, he’s got a huge fanbase, and I do not. I’m so glad I didn’t let that discourage me. I love this book. The whole idea of putting so many short stories into a single volume, of holding an epic sized book of short stories in my hands, makes me shiver with delight.

the fund-sum I’ve reached so far will allow me to pay the best proof-reader I know the amount he’s worth (and not the bargain price he usually charges because he likes my stories). And if there’s something left over, I plan to use it for other struggling writers (maybe get them something they need or gift them one of Holly Lisle’s courses, we’ll see).

Anyway. If you want to check out the campaign or pass the link on to your friends, here it is again:
www.kickstarter.com/projects/katharinagerlach/make-100-magical-short-stories-with-me

An BTW, this is one of the (more expensive) rewards you can get: 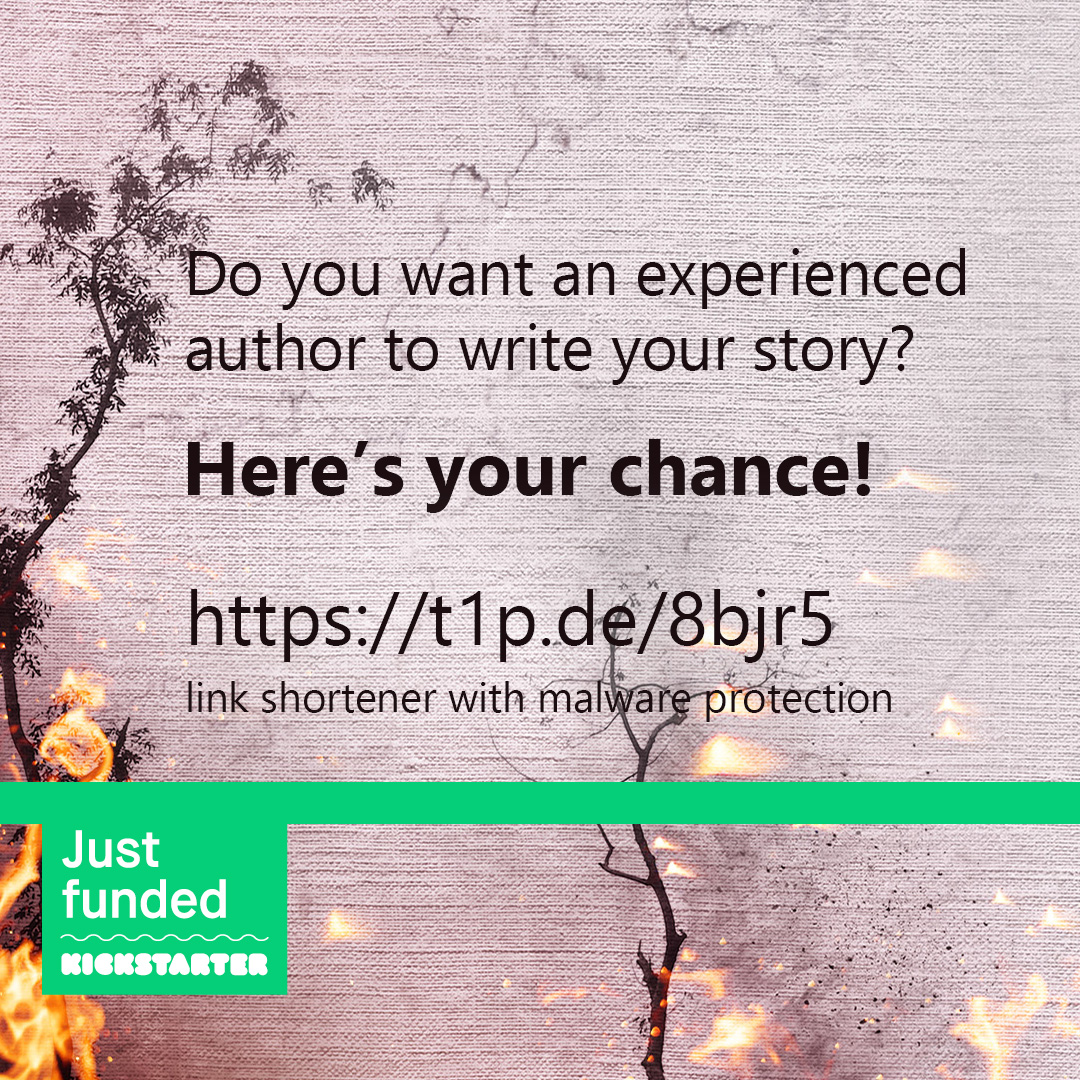 (and several people who paid much more than that told me I’m easy to work with, I can’t rightfully agree. I know myself too well :D)

My Kickstarter is off to a good start

Up front I want to apologize, but you’ll get many posts/eMails from me in the next few days. If you’re not interested in the campaign, you’ll recognize them by the word kickstarter in the title. That way it’s easy to ignore the mails/posts. 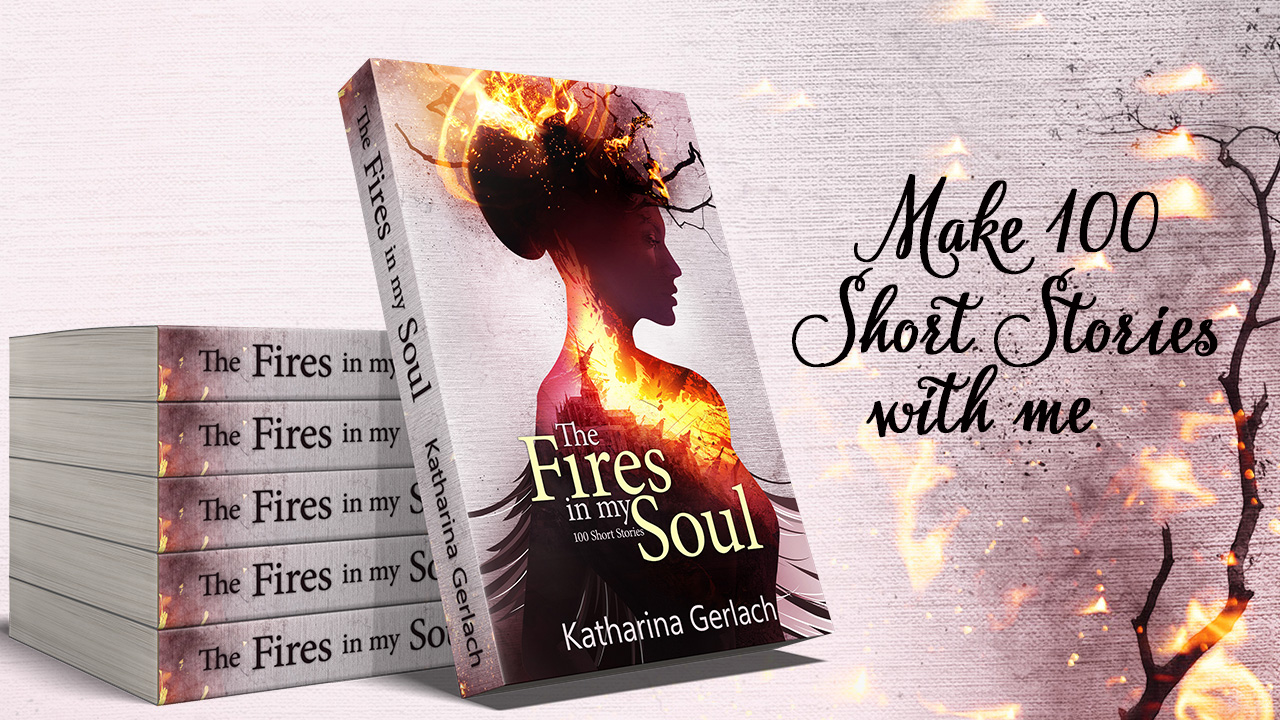 If you are interested (as I hope), just follow this link and look if there’s a pledge level you might be interested in. BTW, as I type this, I’ve already reached more than 10% of my goal, and the campaign has only been active for 30min!

Finally, if you want more cool book-ish kickstarter goodness, here’s a whole bundle. Some of them are life already, others will go life in the near future. Just pledge (or sign up) for their campaigns by following this link.